Rock is defined as a solid portion of Earth`s crust that has no definite shape, size, and Chemical Composition. We will further discuss Types of rocks and their classification in detail.
Also For civil engineers Formation of kind of rock is an essential factor for Foundation Structures

Classification of Rocks:
1)Geological Classification: Depending upon its formation it is classified as:
The molten mass is called magma. Igneous rocks are formed as a result of the Solidification of molten mass magma laying above or below the earth’s surface.
Properties: These rocks are Hard, Tough, and dense and crystalline Texture.
Minerals: Augite , Felspar, horn blende ,mica,quartz Etc.
Examples: Basalt, diorite, granite, and Trap.
Further Igneous rocks are classified as 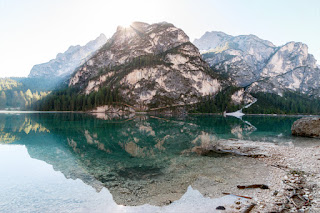 Properties: There is a distinct plane of division through which the rock split up.
Examples:Sand stone,lime stone,gypsum,shale,stale etc. 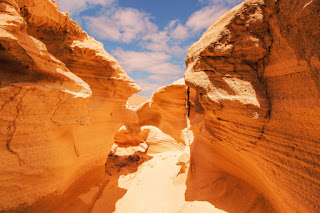 Sedimentary rocks are divided into the following:

These rocks are formed by the action of earth movements, temperature changes, liquid pressure
of Igneous rocks or metamorphic rocks, there is a heat transfer between the Magma and pressure developed by a load of rocks this process of change is called metamorphism.
There are different types of Metamorphism such as Thermal, cataclastic, plutonic Metamorphism.
Examples:Slate,marble,gneiss etc. 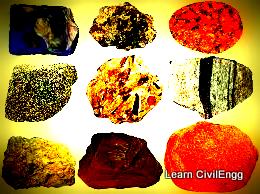 Also visit: About me
Compressive strength of stone

I hope u have understood the all the different types of rocks and also its classification for more info plz more detail or Types of rocks
Thank you share and join social media groups.